Any Business or Profession

Search the right business or practice from the available listings

Register and show interest in shortlisted business or practice

We review the application and connect to begin the process

Finalize the deal and start the exchange process

Our Team of Experts 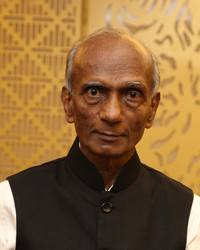 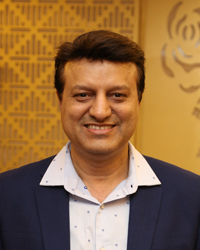 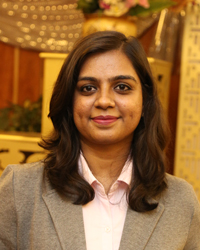 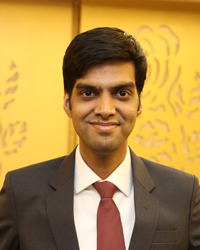 A Chartered Accountant practicing since 1975 i.e. experience of over FOUR DECADES. He has gained expertise in domestic and international tax planning, company law and FEMA. He is a Commerce and Law Graduate from University of Bombay and FCA of Institute of Chartered Accountants of India. He has secured 37th rank in Intermediate and 30th rank at Final CA examination.

He also has good working experience of over Four Decades in the field of Accounts, Audits, Foreign Collaboration, Management Consultancy, Tax Consultancy, Franchise Consultancy, Legal Drafting of Agreements of any nature and Stock Broking as NSE Member. He is running the week-end short course of 3 months duration on Entrepreneurship Development with a sole motive of creating and developing JOB CREATORS rather than JOB SEEKERS. Also, he is faculty member on various forms of business organization from the tax efficiency view. He has been speaker at seminar on the benefits available to minority communities under various Government Schemes, especially to Jain Community. He is actively connected with more than 20 Social Organisations (NGOs) in different capacities such as Trustee, Director, President, Vice President, Secretary, Treasure Convener and Managing Committee Member. He also provides free advice in the field of Business, Selection of Career, Finance, Legal, Management, Succession, Tax, Will, Trust, Marriage, Maintenance & divorce to the said organisations, its members and the Society at large.

Advocate Ameet V Mehta is an Engineering Graduate (B.E) from Pune University. He completed his International Trade Management from NMIMS. He did his MBA Finance from Leeds University Business School, United Kingdom. Subsequently he completed his Law (LLB) from Mumbai University. He also completed a professional course in Mergers and Acquisitions from London Business School. He was one of the committee members during drafting of RERA bill practicing in Criminal, Property, Redevelopment, Conveyance, NCLT and Mergers and Acquisitions matters. He has co-authored many books such as ‘Conveyance, Redevelopment, Criminal Law’ and ‘Ready Reckoner for Stamp Duty and Market Valuation 2013, 2014, 2015, 2016 and 2017. He is a member and or Committee of various forums and Associations namely Bar Council of Maharashtra and Goa, Indian Merchants Chamber, Co-operative Societies Residents, Users and Welfare Association, Association of MBA’s, United Kingdom, Giants International, Hon Secretary of ALM, Malad Mindspace, Legal Advisor to Malad Property Owners Association, Mumbai and many others. He actively advocates and mobilizes support for Mumbai based Cancer Patients Aid Association and Indian Cancer Association. He is a prolific writer and his articles are covered in various, Media, Newpaper’s, Magazines such as Times of India (Times Property), DNA, Mumbai Mirror, News Channel NDTV PROFIT, THE PROPERTY SHOW, Mid-Day, Gujarat Samachar, Bar Council Magazine, Maharashtra Co-op Housing Society Times, Accommodation Times, Spin TV and various other newspapers, news channels and magazines.

Yashika Jain is the founding partner of JBTM & Associates LLP. She is the core consultant of Accountingbuzz.ae and devoting her times to provide consultation to tax payers in UAE and Bahrain. She has authored many articles on Bahrain and UAE VAT. She has written VAT manual on Bahrain VAT comprising of all the laws and regulations relating to VAT in Bahrain. She along with her team authors a monthly sector specific guidance notes on Bahrain VAT, UAE VATand India GST.

Her other ventures include Jain Bhuta & Associates, a chartered accountant firm. Accountingbuzz, an online consultation firm devoted to Indirect taxation in India, UAE and Bahrain. Yashika is a qualified chartered accountant and holds bachelor’s in commerce. She has worked with Ernst & Young as part of restructuring team. She was involved in handling Forecasting Cash flow, maintaining control on budgeted and actual cash flow.

Yashika has also been associated with Bharat Petroleum Corporation limited. She was handling VAT assessment cases of the company and representing the company in various hearing and other matters. During her practicing career, she has been involved actively with corporates in implementing GST and impact analysis studies. Yashika has also represented clients from various industries in matters related to GST. She heads Indirect tax department of JBTM which involves GST compliance services, GST audit and other GST matters.

Dhairya Bhuta is the founding partner of Jain Bhuta & Associates, Chartered Accountants started in 2016. Over his practicing tenure, he is an active representative of statutory audit team. He is a qualified chartered accountant and holds bachelor’s in commerce. Dhairya has authored various articles on direct tax structure prevailing in the country. He is also an author and editor of a weekly newspaper, an initiative by Accountingbuzz which focuses on latest amendments and compliance requirements.

Prior to this he has worked Deloitte Haskins & Sells LLP as part of audit team. He was involved in handling audit of books and ensuring compliance with the Companies Act. Dhairya has also been associated with Shankarlal Jain & Associates as part of his internship. He was involved in analyzing the policies and procedures of the company and the internal control system forming part of internal audit. Compliance of Variance Statutory requirements. He specializes in IFC audit and formulating SoP for the organizations.

Over his professional tenure he has represented various HNIs and large corporates in income tax appeal matters. His keen interest in understanding of transactions helps client with implication of tax on transaction. Dhairya head the Direct tax and statutory audit division of JBTM. He has been involved in successful completion of tax and audit related matters of corporate clients.